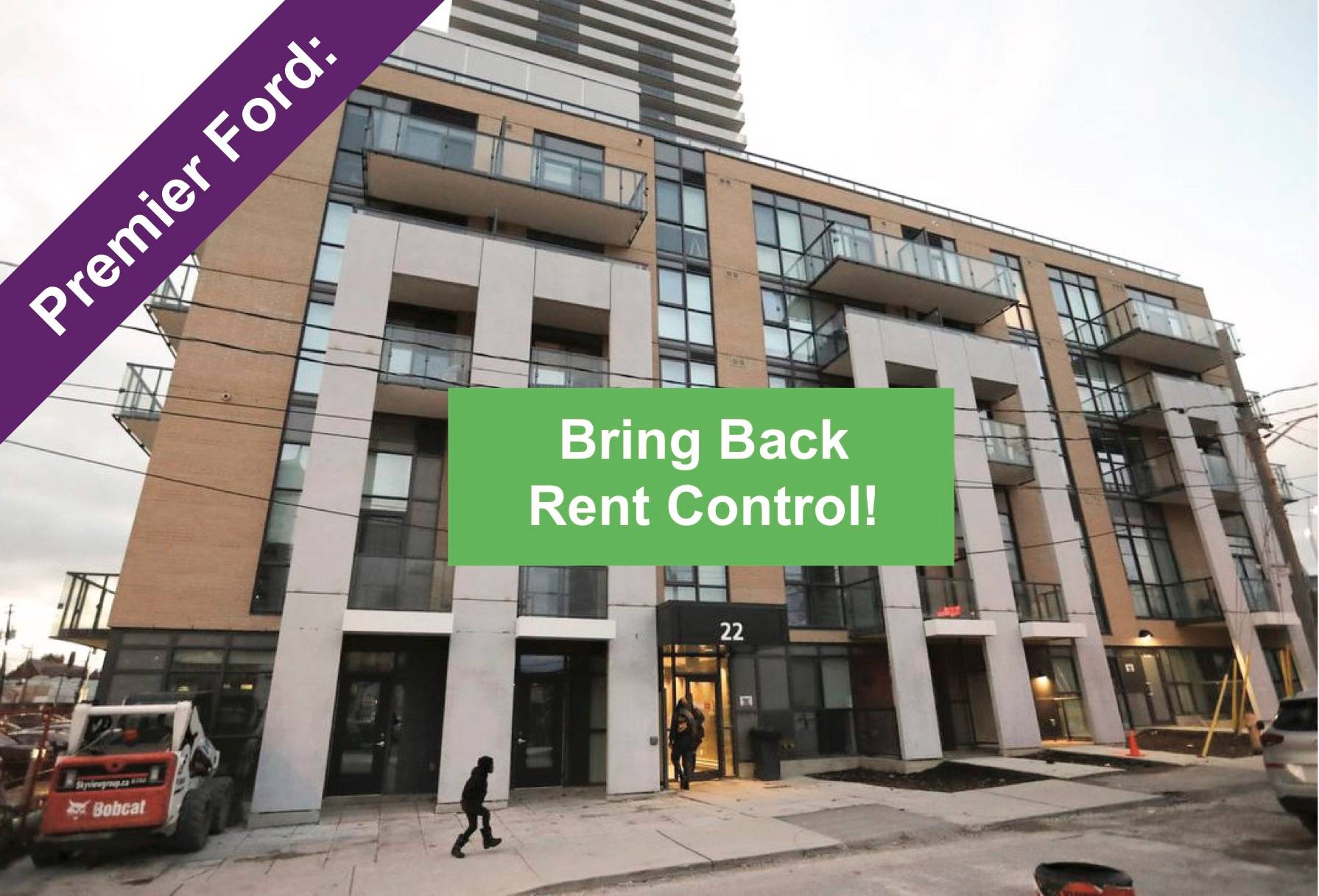 June 15, 2020 UPDATE: City Council wants to let private developers, who receive public funds and land, raise rents above the provincial guideline. This is not rent control. In the midst of this COVID-19 pandemic, the City of Toronto must stand up for real rent control. We cannot waste valuable public resources to line the profits of corporate landlords.

We, the undersigned, call on Premier Doug Ford and City Council to bring back rent control to our community and to this province.

The landlord, Rockport Group, received millions in public funds and land to build 22 John, only to turn around and raise the rents at an outrageously unfair rate.

We fear that this outrageous display of corporate greed experienced by 22 John Street tenants is only the beginning of a series of negative consequences to follow for tenants no longer protected by rent control.

Last year, Councillor Nunziata and the majority of City Council voted against rent control in buildings whose landlords receive public funds and land for development. The proposed rent increase as high as 25% at 22 John Street happened on Councillor Nunziata's watch – and her voting record proves it.

Life is expensive. Rents across York South-Weston, and this city, are sky-rocketing. But tenants are standing up and demanding a new deal for tenants and calling on our elected officials to act.

We, the undersigned, urge that:

1) Mayor John Tory, Councillor Nunziata and the rest of City Council support rent control on all publicly funded developments ensuring no rents are raised above the provincial guideline.