February is Black History Month, a time to celebrate and recognize the past and present contributions of Black and African Canadians to all aspects of society.

Here in York South-Weston, I'd like to highlight Black Women in Theatre, a showcase featuring several Black artists including York South-Weston resident, Anyika Mark and her piece "Making Moves", portraying a day in the life of young, Black people in Toronto’s West-end. 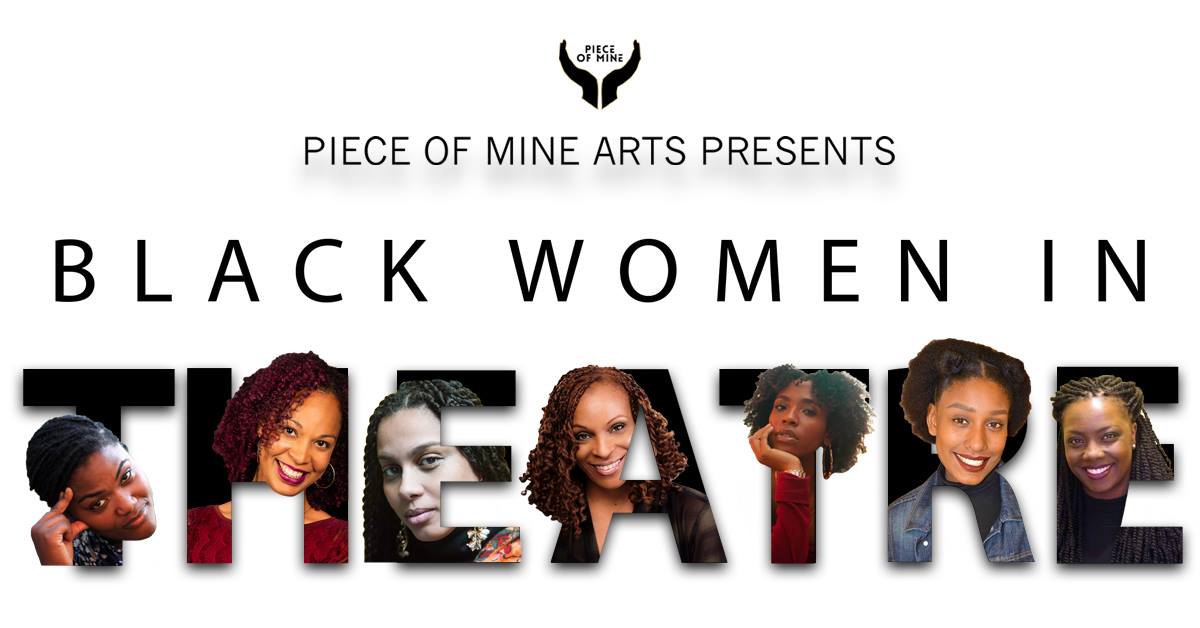 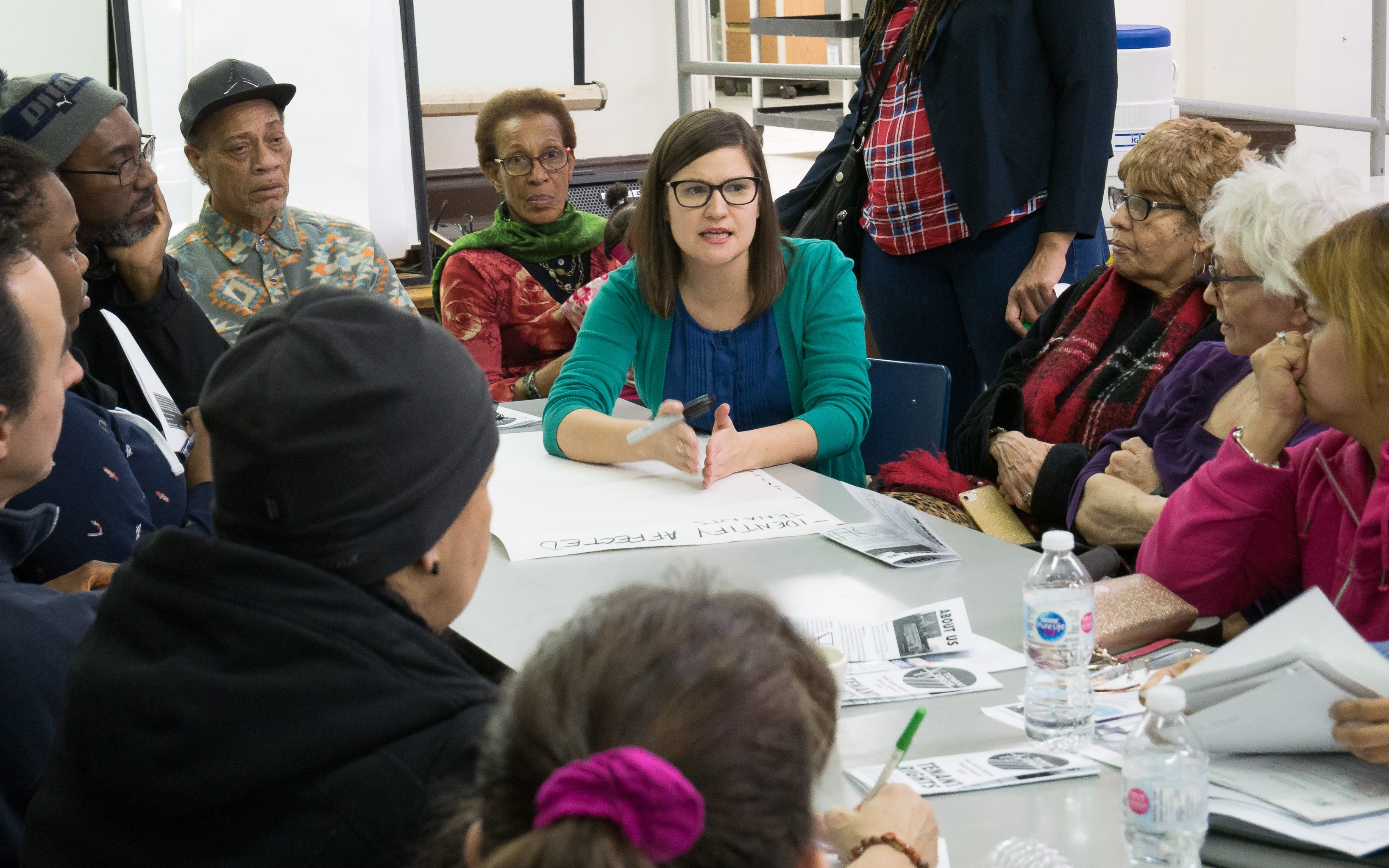 York South-Weston Tenants officially launched last week at the first ever Tenant Summit in York South-Weston with over 100 tenants in attendance. In addition to several tenant rights workshops, we marked the day with a special message from the United Nations Special Rapporteur on the Right to Housing, Leilani Farah. Defend the right to housing and join us! 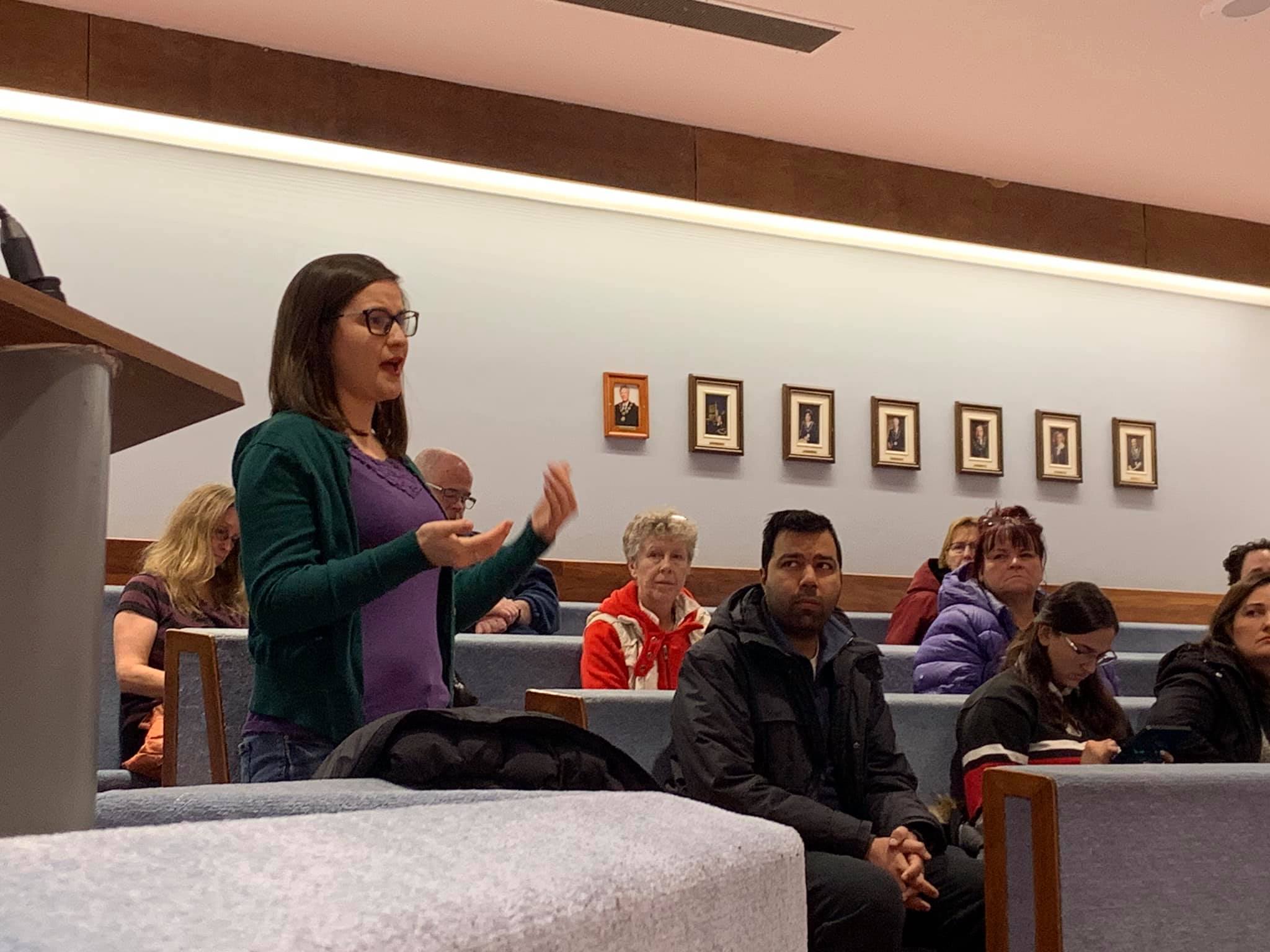 The TDSB is recommending that York Memorial and George Harvey merge at the current George Harvey location in 2021 until a new school can be built, at which point both schools would consolidate in the new building. As a proud graduate of York Memorial C.I., I really want to see the school get rebuilt, but not at the expense of closing and selling off George Harvey. As we plan for the future of Keelesdale and Mount Dennis, public schools and public space will be important community assets as our community grows and develops. Stay tuned into Keelesdale Neighbourhood Group for opportunities to get involved.

Community solidarity with 22 John and 33 King 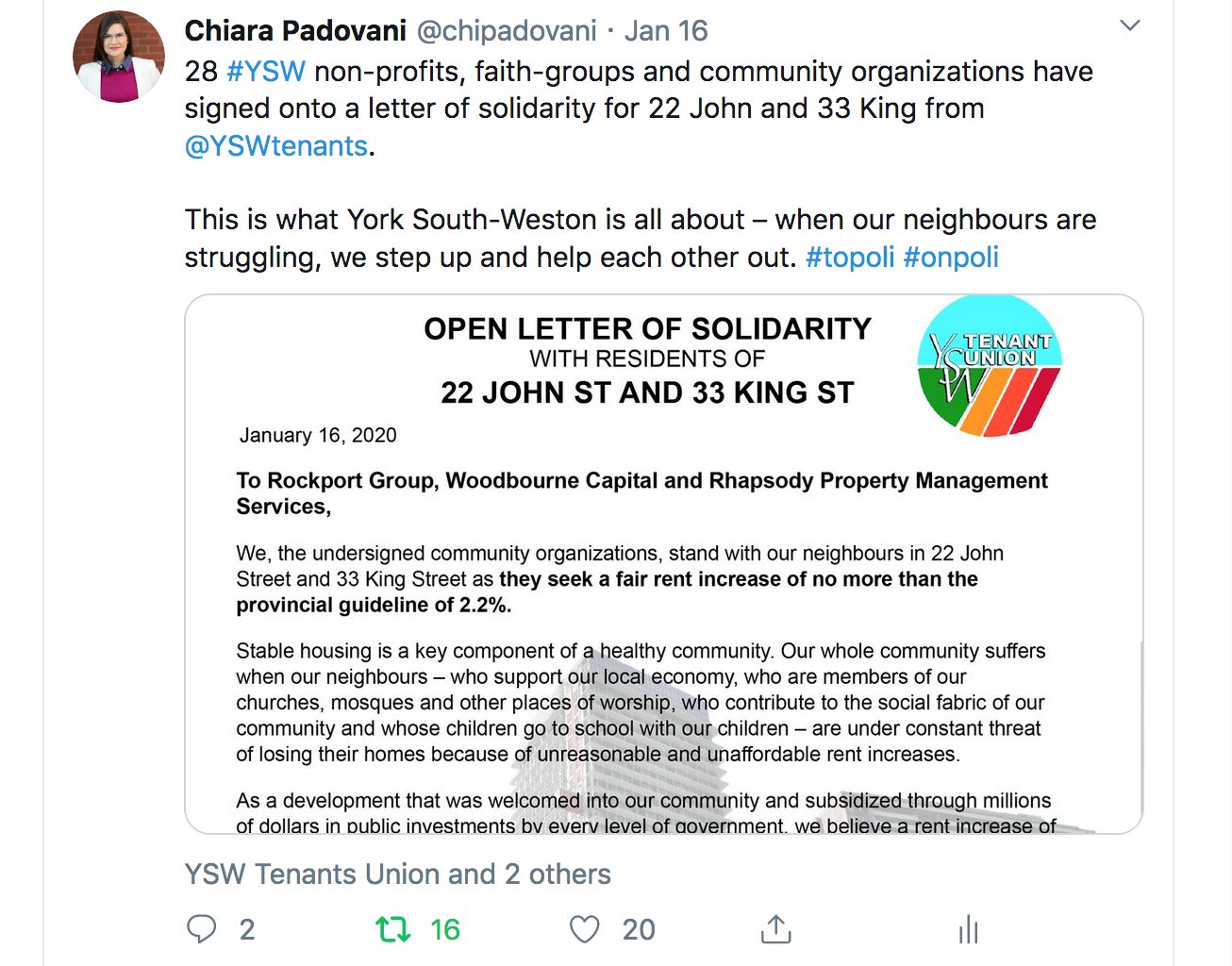 In an incredible show of community solidarity, dozens of local community organizations signed onto a letter expressing solidarity with tenants in 22 John and 33 King Street who are facing extremely high rent increases. Unfortunately, Rockport still hasn't even responded to the letter. Show your support of our neighbours by retweeting and sharing the letter. 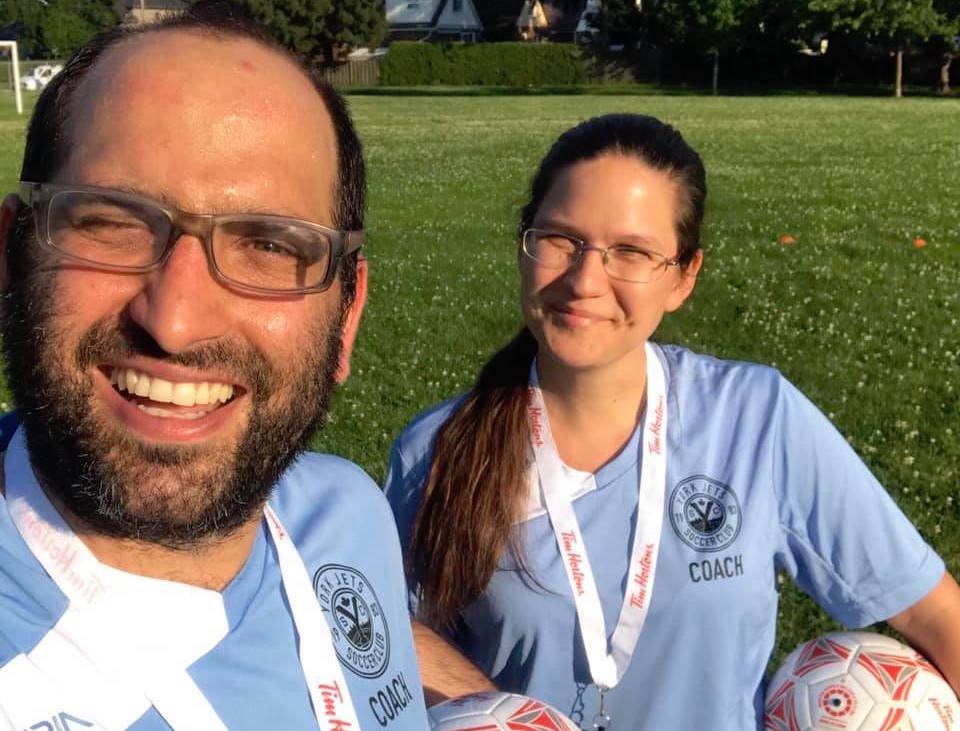 York Jets Soccer Club house league registration for ages 4-17 is now open! We had so much fun last year and are looking forward to coaching another team this year. Learn more here. 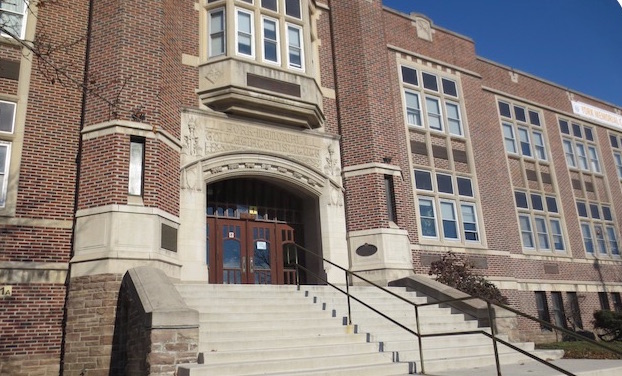 In light of the devastating fire at York Memorial C.I. last summer, Yafet Tewelde has started a petition to save the school. Show your support by adding your name! 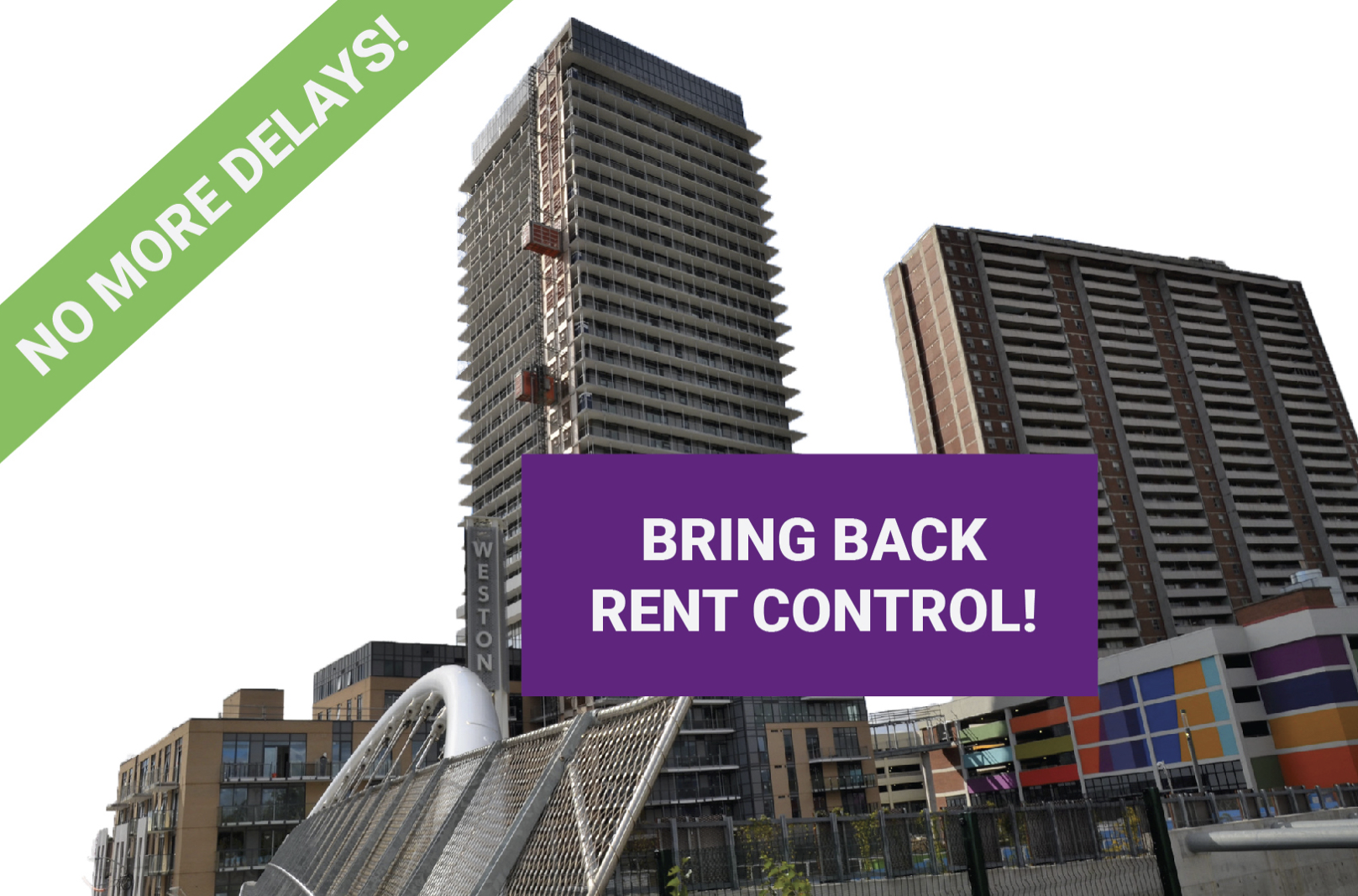 
WHAT’S ON IN YSW THIS MONTH?

February 27: The Truth About Credit